Thirty year old Daniel Verstappen is a native of Belgium and is an international pianist, composer and performer. He earned his Master's Degree in piano and double bass at the Lemmens Institue in Leuven.

At a young age Daniel had already began touring throughout Europe. He has played side by side among world class artists and composers such as The Night Of The Proms, Brussels Philharmonics, Hooverphonic, Bocelli, Ennio Morricone and a number of others. Future projects on the horizon are planned in collaboration with noted artists. As a concert pianist, he's performed in a diversity of venues, at elite events and concert halls. His focus of playing and composing is current in today's music industry.

In the fall of 2016, Daniel released his first album featuring compositions created for piano. Some were accompanied with an orchestra and others with electronic music, which produced amazing results! The main track of his album is titled “From The Heart”, written for piano and orchestra. It's already touched the hearts of thousands and was the launch of his career. The track received promising critiques from music critics globally.

"I want to share my passion, my story, music that speaks from the heart!" 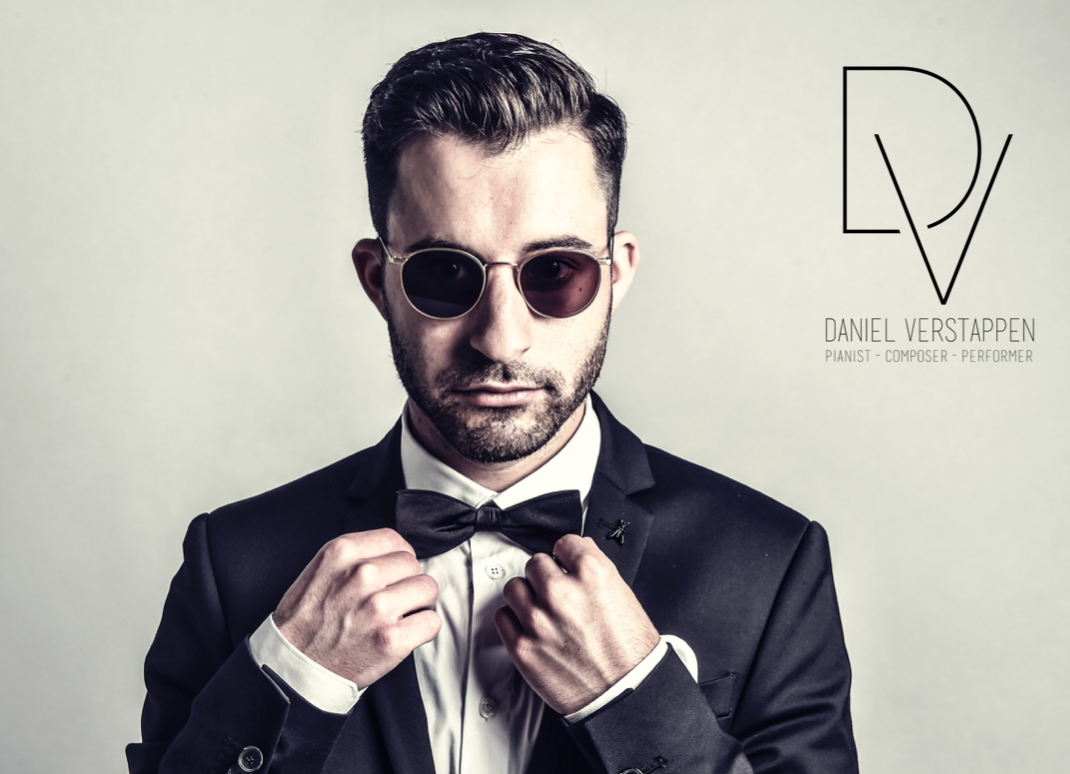 On September 25th. 2020 he has released his new album & show RECONNECTION to press & public.
Also the start of his Reconnection European tour with a light - & visual show, live musicians and dancers on stage, even in these uncertain Corona times.

Daniel is a creater who wants to connect generations with each other, striving towards necessary perfection and creating a harmonious symbiosis between classic piano and modern music. Creating crossover music that spans between classical and contemporary electronic sounds.

To quote Daniel's words, "It's an enjoyment to bring people together with my music, which I believe connects people!“

Daniël is not just a pianist, he is an artist in many ways. He has a feeling for fashion, visuals, design and art!

At the Midem Festival in Cannes in June 2017, Daniel Verstappen was positively welcomed by international top producers and publishers. Daniels goal is to put his music literally on the world´s map.